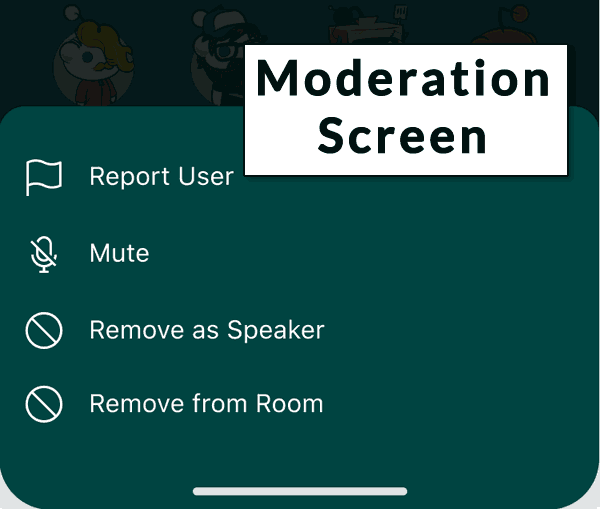 Reddit today announced a competitor to Clubhouse in live discussion groups via voice. Reddit did not announce a launch date but is moving fast toward a launch by inviting moderators to join a waitlist.

Clubhouse is a voice social media platform. Rather than impersonally communicating with strangers by text, Clubhouse offers a more relaxed way to discuss issues via voice.

Clubhouse is currently limited to Apple devices while Facebook and Reddit will highly likely be OS agnostic.

With the entrance of both Reddit and Facebook, the current limitations of Clubhouse could make it vulnerable to becoming this year’s version of MySpace if it doesn’t move to embrace a wider community.

Reddit Talk is described as being in an early testing period. When the tests are launched, any moderator will be able to start a talk and non-moderator level redditors can listen in via an Android or iOS device.

After those tests have presumably worked out the bugs Reddit will begin allowing Reddit moderators to invite redditors to participate.

Interestingly, Reddit’s announcement did not mention Windows devices, possibly indicating it is a mobile-only product at this time.

Reddit’s yet to be unveiled Talk system aims to have multiple ways that redditors will be able to communicate and share via voice.

According to the announcement:

“We’re testing ways for hosts to customize the look and feel of Reddit Talk through emojis and background colors. Redditors can change their avatar’s appearance to fit the talk as well. We’re also exploring features to support AMAs and other types of conversations.”

To begin with the Reddit Talks will exist within individual communities and at first only a moderator can start a talk while redditors can join the “room” to listen in and participate with emojis. During the trials listeners can raise a hand and be permitted to speak by a moderator.

According to the announcement:

“…only mods can start talks during early tests, but they can invite trusted speakers to co-host a talk.”

In a step to improve the user experience, Reddit moderators will have full control to set boundaries and rules for each of the listening rooms.

Screenshot of a Moderator Control Panel for Moderating Participants Redditors Can Be Muted

Users who do not follow the rules or are problematic can be muted by the moderators.

This is an indication that Reddit intends to build-in the ability for moderators to create a high quality user experience.

Screenshot Showing What a User Will See When Muted

“You can start talks for Q&As, AMAs, lectures, sports-radio-style discussions, community feedback sessions, or simply to give community members a place to hang out.”

Let’s talk! Get a sneak preview of Reddit Talk and give us your feedback