Facebook announced it will begin adding labels to articles from Facebook Pages that show up in member news feeds as a way to provide more context for what kind of page produced the article. This a test that is limited to the United States.

Examples of labels that could be applied are “public official,” “fan page” and “satire page.”

There are times where understanding the context of an article is important because the article makes more sense when there is additional information.

For example some articles in a Facebook news feed are satire. Satire is humor, often in the form of exaggeration or implausible situations meant to poke fun at people and other entities.

But sometimes the satire might seem real to a person who isn’t aware that something is meant to be a joke and the title of the article might be taken for fact.

Here’s a screenshot of a “news” report by the satire site The Onion. It looks like a real news video but it’s actually just satire. 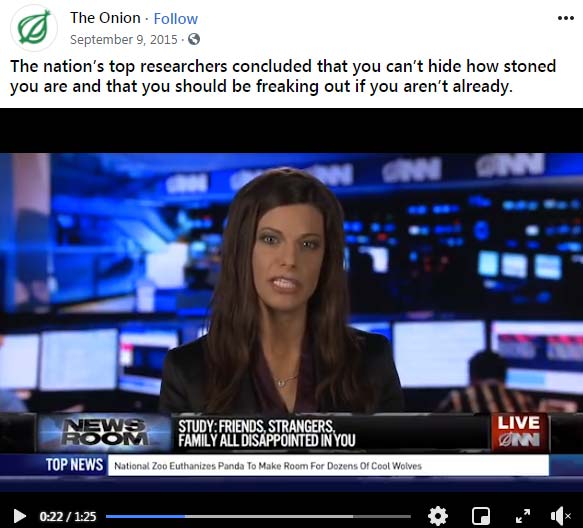 In this case it’s a satirical “news” report that’s ridiculing certain pot smokers anxieties about others becoming aware that they’ve been smoking marijuana.

“Starting today in the US, we’re testing a way to give people more context about the Pages they see. We’ll gradually start applying labels including ‘public official,’ ‘fan page’ or ‘satire page’ to posts in News Feed, so people can better understand who they’re coming from.”

Who Will Apply the Article Labels to Facebook Pages?

Nevertheless some valid concerns were expressed about bias in the labeling process and if some labels will be unfair. Those fears may be unfounded.

This is what was in the FAQ:

“What are Satire Pages?

They’re a way for people to share social commentary by using humor, exaggeration and absurdity to make a point.

Why are they labeled as Satire Pages?

Posts from Satire Pages can appear very similar to posts from public figures or conventional news sources. Pages can label themselves as Satire Pages to help avoid this confusion.”

The quote from an FAQ about the labels strongly implies that the Facebook Pages themselves do the labeling. If that’s the case then there should be no fears about having an inappropriate label applied. 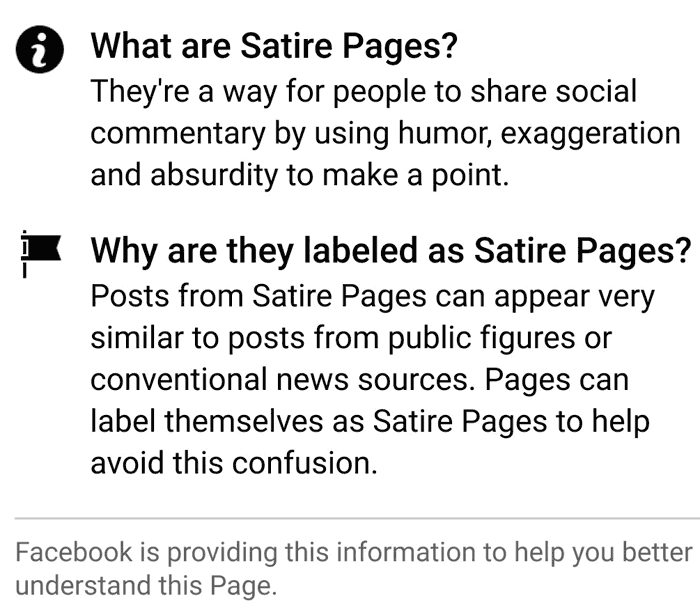 Although it appears that Facebook Page admins will be able to select their labels, it may still be prudent for everyone who manages social media with exposure in the United States to monitor if Facebook is adding an article label to Facebook Page posts that show up in member Facebook news feeds and to validate if those article labels accurately describe what the Facebook page is about.